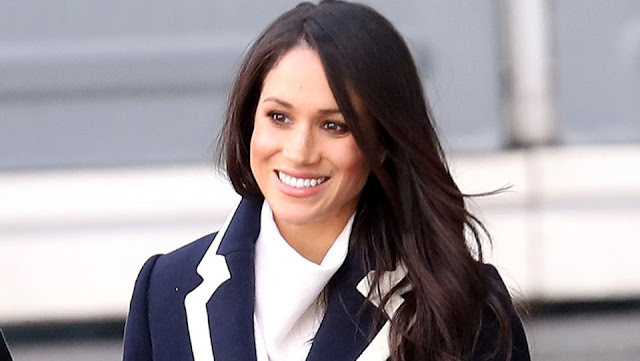 2. Her first name is actually Rachel.
It's now a pretty well-known fact that Markle's real first name isn't Meghan. Harry's wife was actually born Rachel Meghan Markle. But you have to admit, 'Meghan Markle' has a great ring to it.


3. She spoke out against sexism at 11 years old.
Markle was an early advocate for women's rights. At the tender age of 11, Markle was outraged by a commercial that outwardly suggested only women do dishes, so the budding feminist wrote a letter to Procter and Gamble asking them to amend the advertising language.

4. She was a double major at Northwestern University.
A self-proclaimed "theater nerd," Markle told Marie Claire that she was always interested in both performance and politics, and was compelled to double-major in college. "I knew I wanted to do acting, but I hated the idea of being this cliché—a girl from L.A. who decides to be an actress," she explained. "I wanted more than that, and I had always loved politics, so I ended up changing my major completely and double-majoring in theater and international relations.”


6. Markle was shown the entertainment world at an early age; her dad, Thomas W. Markle, was an Emmy Award-winning lighting director for Married…With Children, and he would often take her to set.
7. Markle is the first American to marry into the British Royal family since 1937. The Duke of Windsor, the former King Edward VIII, married American socialite Wallis Simpson. He would abdicate the throne when a decree said he could not marry Simpson (also a divorcee) while being King. Luckily for Markle, the Royals aren’t quite as staunch anymore (and Harry isn’t the heir to the throne).