Home Relationship At What Point Do I Tell My “Little Brother” That I’m Actually His Mom?

At What Point Do I Tell My “Little Brother” That I’m Actually His Mom? 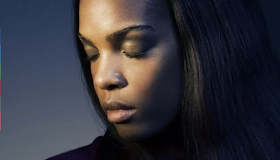 I was seventeen when I had him. That night when I delivered him, there was nothing more I wanted than to hold him and say “That’s my baby.”

He was in my mother’s arms. She looked at him lovingly and said, “He looks like a girl,” and then she smiled. Her smiles warmed my heart knowing she had finally come to accept the fact that her seventeen-year-old girl now has a baby.

It wasn’t easy with my mom when she found out that I was pregnant. I was in senior high school and about to complete. My boyfriend, the one who got me pregnant had completed senior high a year before. We were young, wild and free.

We thought we were on top of the world until that moment when the world came down on me. My mom sacked me from the house and asked me to go and live with whoever got me pregnant. It made matters worse when I refused to mention the name of the one responsible for the pregnancy. I loved him and wanted to protect him from my mother’s fury.

Hard as she tried, I didn’t mention his name. She threw me out. I went to live with an aunt who took me in on humanitarian grounds.

I don’t know what happened but in my fourth months of pregnancy, my mother came for me and took me home. She treated me very well and didn’t even ask who the father was again.

My mother made it clear to me from day one of delivery that though I was the one who birthed the child, she was the one going to own the child. She said, “I’m going to be the mother of this boy so you can continue your education. From now on, he’s your junior brother until you complete your education and can afford to live together with him as a mother and child.”

More than everything, I wanted to go back to school and complete. My dream was to become a lawyer and I didn’t allow childbirth to come between me and my dreams. My mom kept my child, sorry, my ‘brother’ and I went back to school. She even relocated to a far off place just to have freedom of mind to raise her grandchild and also be able to keep people’s nose out of our business.

The father of the boy cut ties with me. He was scared I was going to mention his name at some point to put his future in jeopardy. Later, he got the opportunity to visit his uncle in the United States and decided to stay for good. We lost touch.

That didn’t get to me. My child was in great hands and I had a peaceful mind to study.

After senior high, I had an admission to the university. I couldn’t get the chance to read law but that was ok for me. Anytime I went back home, the boy had grown some inches taller.

By the time I completed university, he was almost a little man. He was six going to seven. Anytime he referred to me as a sister and called my mom mother, I died a little. I wanted him to know I’m the mother. I was dying to let him know but I had to respect the agreement with my mom.

After my national service, I had a job, rented a place and started living on my own. Just about the time I was making arrangement to bring the boy in to live with me, mom died.

Two things got me broken about my mom’s demise. One, I’d lost a companion who had been with me through thick and thin. Two, I needed my mom to break the news to the boy. I needed her to be the one to say it. That would have made things easier.

But she died with the message and I had to live with a son who referred to me as a sister. I wanted to tell him but I lacked the courage to do it. One day he asked me, “How come we don’t have a father. All my friends have one except us.”

If I had the courage, that day should have been the day I told him everything but I didn’t. I was so embarrassed and didn’t know where to start. I only hugged him and said, “We have a father but he traveled. One day he will come for us.” I cried a little. Silent tears that dried up quickly. I regretted everything.

Recently, I found the father on Facebook. He’s quite a man now. He sounded happy to have found me. I was thankful he was alive. After a long conversation, he asked, “So how’s our son doing?”

I answered, “We don’t have a son. I lost him.” He responded, “Ahh! That’s why your parents didn’t bother to look for me, right?”

I guess he was happy to know he didn’t have a son after all. But that didn’t bother me. My only problem was how I would gather the courage one day and tell this boy the truth. I’m waiting until he’s fifteen or sixteen or seventeen or…