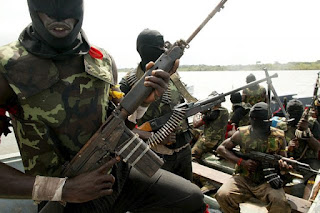 Suspected armed bandits, Sunday, killed 26 persons, including a one-year-old girl at Warwana, Tabkin Kwasa and Dutsi villages in Gandhi District of Rabah Local Government Area of Sokoto State.
Some of those displaced in the Sunday’s attacks were said to have been taken to IDPs camp in Gandhi town.
It was gathered that the attackers came on 25 motorcycles, each carrying three bandits.
The state’s Commissioner of Police, Murtala Mani, confirmed the incident yesterday.
He said the command had deployed more men to the area, while a strong team of army, police and Civil Defence Corps were currently patrolling the area.
Governor Aminu Waziri Tambuwal, described the attack as the highest level of inhumanity against man and regrettable.
Condoling the district head of Gandhi, Tambuwal assured that his government would continue doing its best to protect lives and property.
The Governor urged the people of the state to cooperate with the security agencies by reporting any pending attacks.
He assured those displaced by the attack that the government would provide them with all the necessary support during their stay in the camp.
While praying Allah to bring killings to an end by exposing those behind them, the governor also prayed Him to grant the deceased eternal rest and their family, the fortitude to bear the loss.
The Governor, who earlier cancelled his campaign in Goronyo Local Government Area over the incident, was accompanied by a former governor of the state, Attahiru Dalhatu Bafarawa and the chairman of People’s Democratic Party in the state, among others.